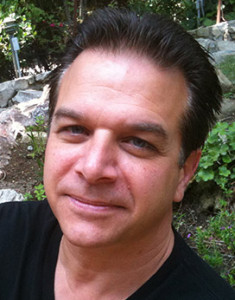 Troy Okoniewski is a Chicago native with 27 years of production experience and is a storyteller at heart. Whether it is through the written word, the eye of the lens or in the editing of raw elements.

He has a heavy background in music related projects that have helped him develop his editorial style, pace and energy in grabbing an audience’s attention.

Troy has earned an MTV nomination for Aerosmith’s music video “Amazing”, and has also edited Aerosmith videos “Cryin'”, “Crazy” and the box set “Big Ones You Can Look At”. Troy also earned an Emmy nomination for Bette Midler’s HBO Special, “Diva Las Vegas”, and has received numerous Telly awards.

Other music related projects feature artists Garth Brooks, Mark Anthony, Bon Jovi, ZZ Top, Scorpions, AC/DC, Black Crows and the documentary “Monsters of Rock In Moscow”. He even dabbled in comedy when working with Jerry Seinfeld as the opening sequence editor of Jerry’s HBO Special, “I’m Telling You for the Last Time”.

His interest in film was stirred in high school when a reading assignment of “The Heart of Darkness” was followed with a theatrical field trip viewing of “Apocalypse Now” which was based on the Joseph Conrad novel. The transition from word to picture was inciting.

During classes at Columbia College Chicago Troy learned the power and impact of editing to the storytelling process. In 1985 he officially launched his production career when he moved to Los Angeles to the inspiring words of his mother, “Somebody’s doing it. It might as well be you.”

Troy is currently developing several personal projects as well as continuing his work with clients on existing and new projects. He is also the Media Producer for the Chicago Mustangs Semi-Pro football team.

Join our family of supporters

We haven’t named it yet, but it will be very cool. This new set location we are working on is our character, Harrison’s, underground laboratory were he works on his inventions. It’s a place his grandfather, an eccentric collector, owns, but shares with Harrison. It is soon to become a regular hangout for the team […]

Research show kids are leaving the church at an alarming rate. Find out why: